Hey, my name is Anton. After 2.5 years of development, I am excited to announce that Polotno SDK v1.0 is out! 🎉

From this moment, I will follow the semantic versioning. It should keep your updates safe and predictable.

But don't trust modern web and js developers and assume that every version can break your code. 😅

Polotno SDK is a set of JavaScript modules, libraries and React Components to make "canva-like" design editors. It is already used by many companies in production. 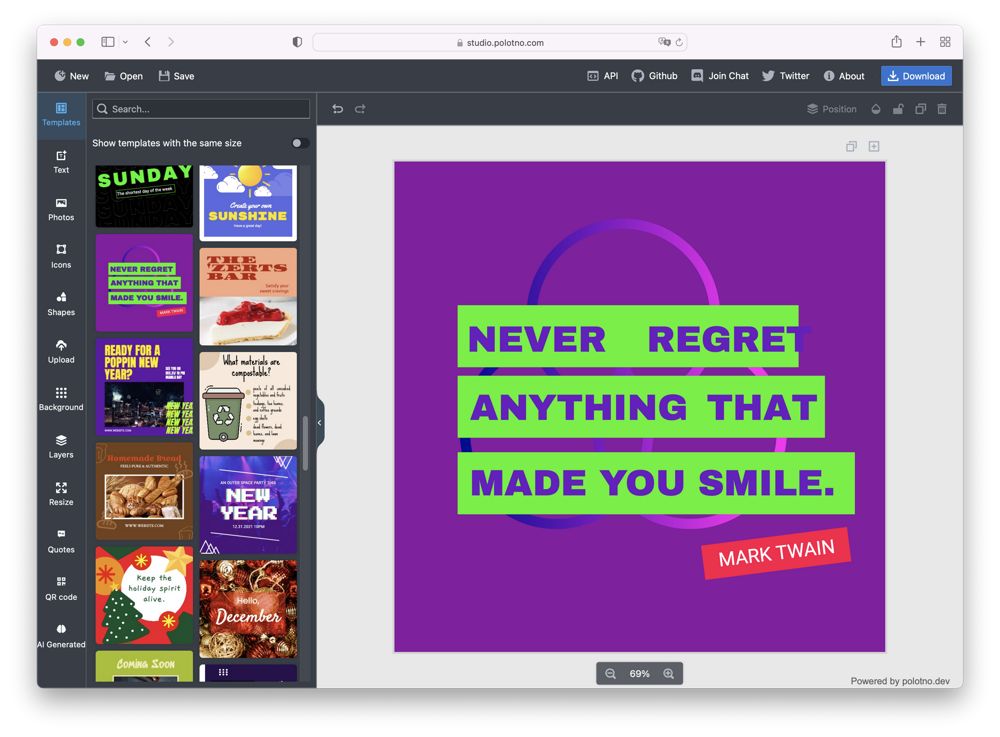 Polotno SDK is a good fit for a variety of business use cases:

I am core maintainer of KonvaJS 2d canvas library and its sibling libraries such as react-konva and vue-konva. During my freelance career, I was working on several projects that tried to make another canva.com competitor (don't confuse "konva dot js" and "canva dom com"). On some cases, an app wasn't directly a competitor, but a tool with very similar editor functionality with just a different target audience. Over time I realized that I have good enough experience to make my own application. Why I am making such apps for someone else? I can make it for myself!

But, developing the application is probably not the hardest part. If I want to make another canva-clone, I will have to spend a lot of energy on marketing, finding users and inventing something that other applications don't have. And there are already an insane number of competitors. I gave up on the idea.

Only after a couple of years of background thinking, the nice idea visited my mind. Instead of making canva-clone as B2C business, I can make a B2B product for developers. I can make a javascript library/framework to easily develop and integrate full-featured canvas editor. And that looks like a nice fit for my skills. I am supporting konva for a long time. I spend countless hours on documentation, supporting, bug fixing and helping other DEVELOPERS to use it. So I know how to make a good developer experience. Well, I hope so...

This is how Polotno SDK was born. More on its history and plans you can read at the bottom of this post.

If it is too boring for you, you can see SDK in action in this Minimal Codesandbox or customized demo application Polotno Studio.

This code is not-so-minimal, but it is ready-to-use template that you can easily modify later for your use cases

At the current moment, Polotno Project is a solo-person indie bootstrapped project. I started to write its first lines on February 2020. It took me three months to make "proof-of-concept" product. Then six months more for adding core features, polishing, creating initial website. Somewhere around September 2020, I started public announcements. On December 2020, I got my first paying customer. At time of writing this post, I have 4k MRR on license subscriptions. 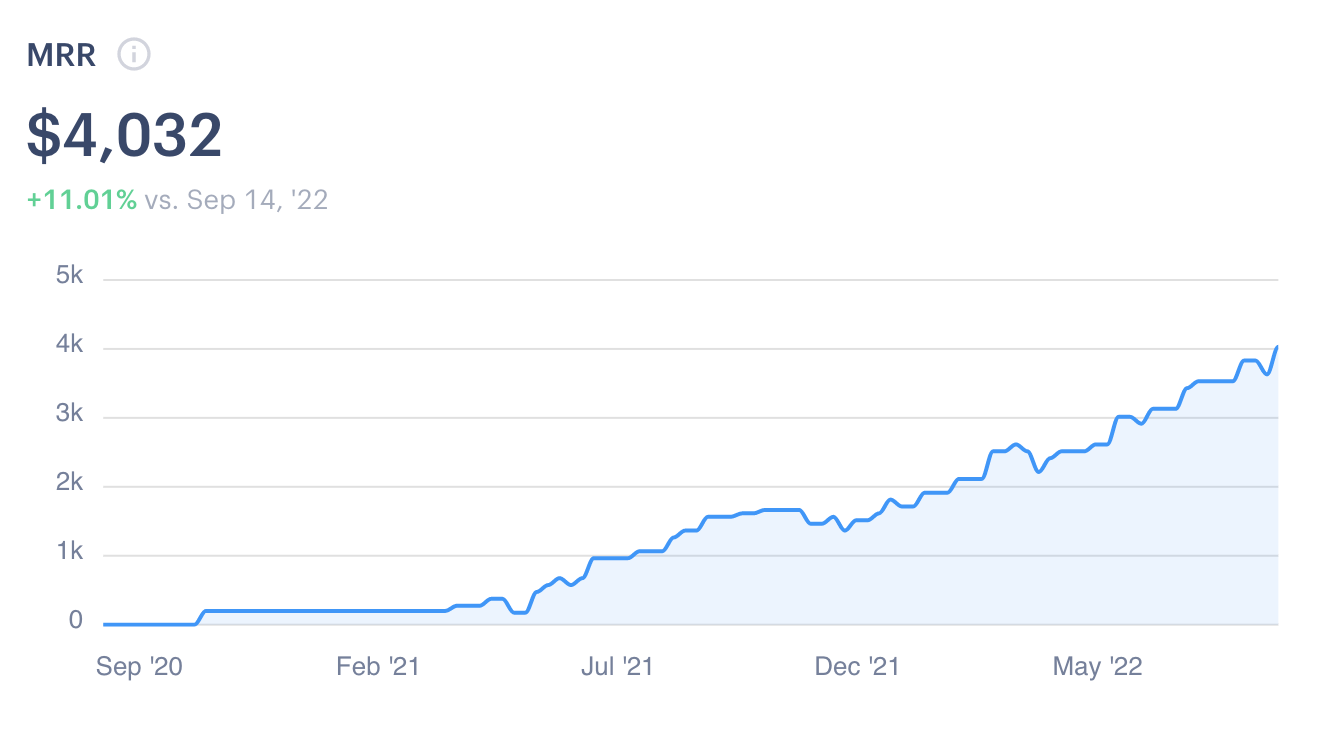 The real income from this business is much bigger because I am also selling customization development services and full source code access. But these aspects are not very predictable, so I am not focusing on them much.

I see a large demand for such tools in the market. And I see how my competitors are coming into the play. There are many features in my backlog, such as animations/videos support and more export formats as print-ready PDF, HTML and SVG. Also tons of other tools around SDK, such as extended Cloud Render API.

The roadmap is available at Polotno Roadmap.

At the begging of Polotno SDK development, I created Polotno Studio as a showcase of what is possible with this tool. My initial plan was that Studio will be always-free, no signups, not paywall application. Remember I mentioned that I don't want to spend time on marketing and finding users and doing B2C business? There were very small number of users for a long time, but recently it is getting more and more popular. Right now I have around 6k daily users (it is much?). And I want to add some cool, but expensive features such as "remove background from image". So probably I will still have to add some paywall to the Studio. Need to think how to keep it "hustle-free" as in original plan.

The new "Layers" panel was introduced in Polotno v0.42.4.

Using the panel, you can visually see order of elements in the list. You can easily change z index of any element with a simple drag and drop.

Also every element now has a name attribute that you can change for later reference. If element has no name, Polotno will display its id or part of a text context (if it is a text element).

From the side panel you can hide/show elements, you can lock unlock then and you can delete elements.

The new name attribute can be used to search for elements in the store. The most common use case is to overwrite some data in JSON and convert in into image.

Remember that if you don't like the new "Layers" panel in your application, you can always remove it with SidePanel customization.

Get Started with Polotno SDK

In Polotno application you can replace colors in SVG images. Let me tell you how it works.